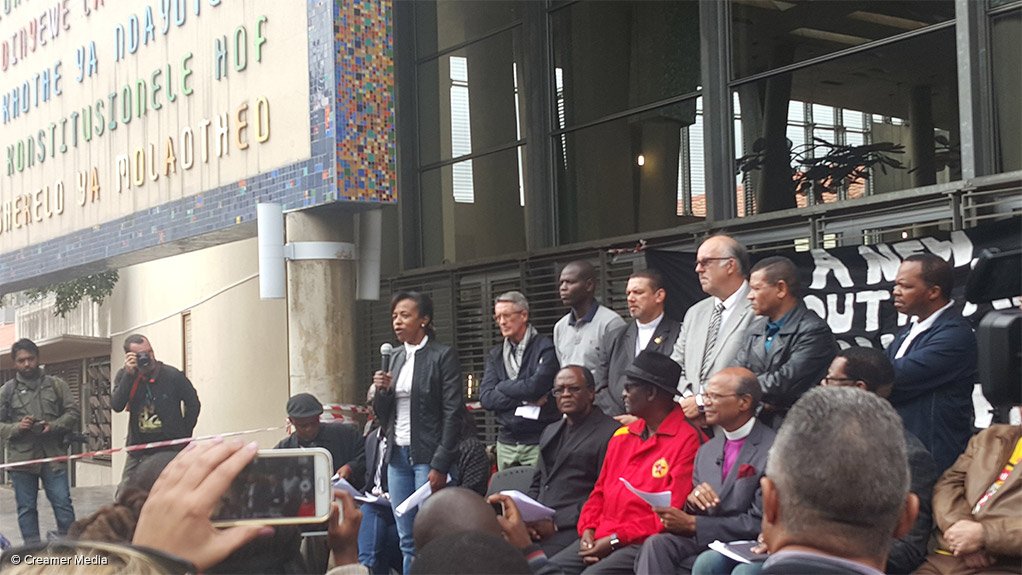 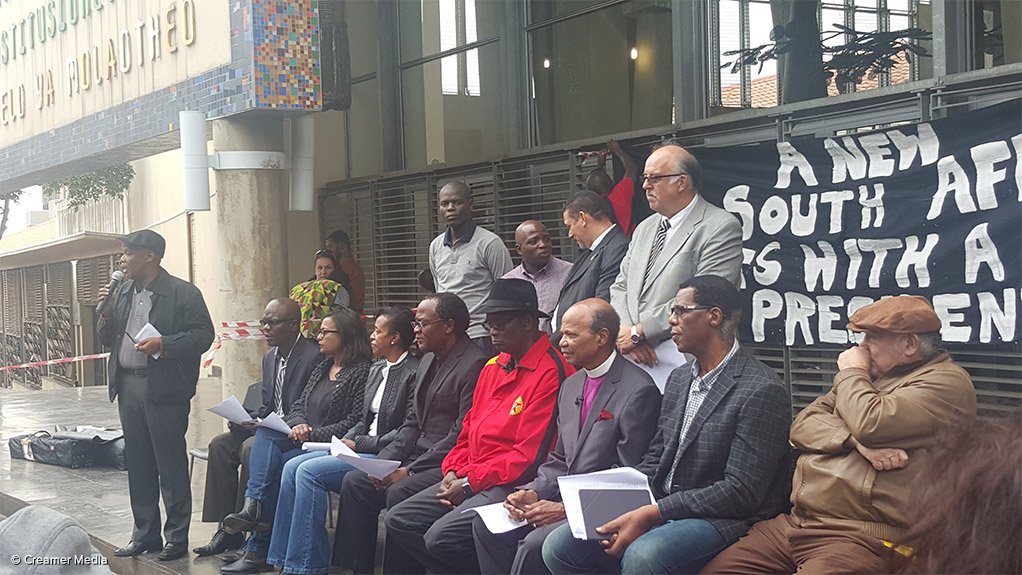 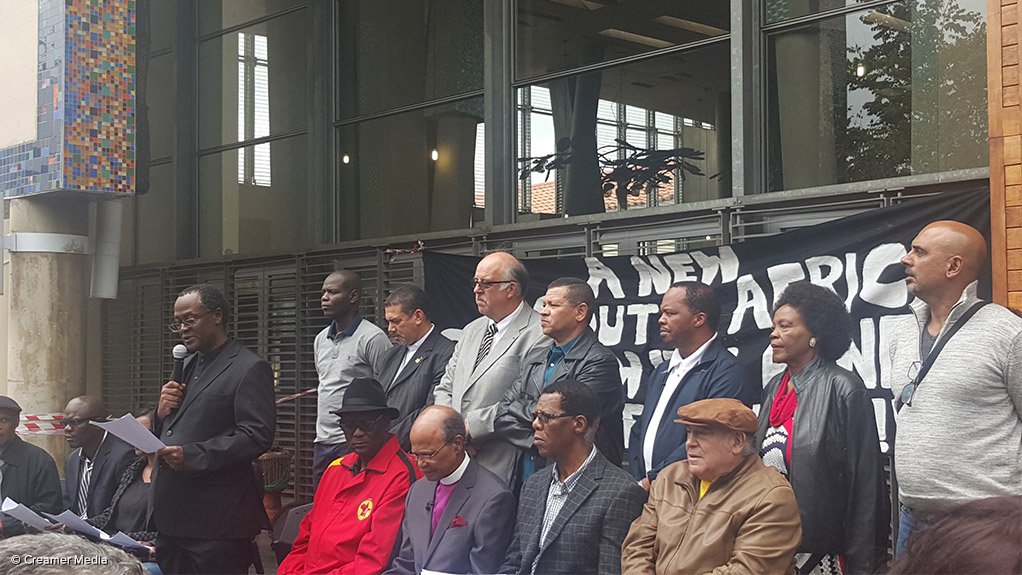 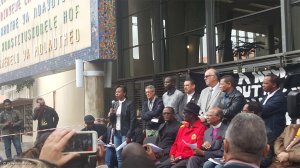 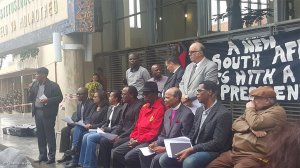 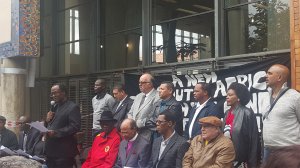 The initiative, which was unveiled on the steps of the Constitutional Court, located on the border of Hillbrow and Braamfontein, in Johannesburg, followed that court’s recent ruling that Zuma had failed to “uphold, defend and respect the Constitution” by not complying with the Public Protector’s remedial action in respect of upgrades to his private Nkandla homestead.

Zuma had since issued an apology and indicated that he had not deliberately subverted the Constitution, but had instead followed a “different approach and different legal advice”. He had also since survived an impeachment attempt by opposition parties in the National Assembly, where the ANC used its superior numbers to defeat the motion.

However, there were growing signs of discontent even among ANC members, with a number of Umkhonto we Sizwe commanders having already expressed their unhappiness with Zuma’s leadership, and with several others, including Manuel, calling on him to “step aside”.

In an open letter to the President, ANC veteran Ahmed Kathrada wrote: “I know that if I were in the President’s shoes, I would step down with immediate effect. ”

In a sober address at the launch of the coalition, ANC member Carolus, who is a previous deputy secretary-general of the ANC and is currently a business leader, said she was “deeply saddened” by what she had witnessed in Parliament during the impeachment debate and called on ANC members to unite behind the call for Zuma to resign, or be recalled.

She stressed that she was not a disgruntled member of the movement and remained proud of the ANC’s many achievements in government since 1994. “But this has happened on our watch and all of us need to wake up and fix this on our watch, or history has every right to judge us.”

Kasrils, an Umkhonto we Sizwe veteran and former Cabinet Minister, but now a member of the United Front, was more personal in his attack on Zuma, once again raising his 2005 rape trial and noting that he had pursued the sexual encounter with ‘Khwezi’ despite her being the daughter of a struggle comrade.

Msimang argued that, it was not only the opposition that was unhappy with Zuma’s leadership and expressed the hope that “it is not too late for leadership of the ANC to do the right thing and ask the President to step down”.

Former Constitutional Court justice Zak Yacoob, who was part of the ANC’s team in negotiating the terms of the Constitution, said he had fought what he had perceived as racist attempts to include provisions on corruption in the Constitution and to place limitations on the powers of the President. However, he was now questioning his decision to fight that “tooth and nail”.

He said he had always believed a President elected by South Africans would act honestly. “But I have been wrong on that count completely, because our President has acted miserably, dishonestly, corruptly and horribly.”

The coalition, meanwhile, had already drawn support from a diverse range of civil society groups, including religious leaders, trade unionists, artists, activists and business leaders, with a national consultation planned for April 16 at the Regina Mundi Catholic Church, in Soweto.

He argued that Zuma had committed a crime against South Africa in spending taxpayers money on his Nkandla homestead and said it was not a “small matter, but a very big matter”.

The intention of the coalition was to launch a series of activities in the coming weeks to mobilise South Africans behind the campaign for Zuma’s removal, with Freedom Day, April 27, being targeted as a “day of action”.

“This year we must use Freedom Day to reclaim the freedom that has been stolen by President Zuma and all who are like him,” the coalition statement read.

Business for South Africa released an economic recovery strategy paper on July 10 that includes a list of 12 priority initiatives, many infrastructure-related, which the formation argues could bolster gross domestic product by R1-trillion, create up to 1.5-million jobs and increase yearly tax revenues by R100-billion in the coming three years. It also called for the establishment of a Joint Reconstruction Task Team to coordinate the implementation of the recovery plan, which would require public and private funding of R3.4-trillion over the coming three years. →