Comrade Editor: On life, journalism and the birth of Namibia – Gwen Lister

Comrade Editor: On life, journalism and the birth of Namibia – Gwen Lister 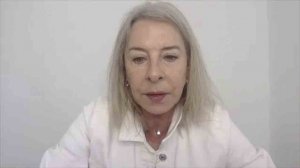 Comrade Editor is the candid story of Gwen Lister, the activist journalist who achieved global renown for opposing South Africa’s occupation of Namibia. Lister cut her journalistic teeth under the tutelage of Hannes Smith at the Windhoek Advertiser. Together they started the Windhoek Observer.

When increased pressure from the white establishment forced her out, she founded The Namibian in 1985, which soon became a global byword for gutsy, principled journalism. In a divided and violent society, Lister survived death threats, fire bombings and arrests to tell the truth.

With Comrade Editor, Lister shares not only her decades long experience in the newspaper business, but also the perils of outspoken journalism and the effects on herself and her family. This is a brave and honest account of the personal and professional journey of one of Africa’s foremost journalists.

Gwen Lister started her career in 1976 at the Windhoek Advertiser. She co-founded the Windhoek Observer newspaper and established The Namibian at the height of apartheid occupation. She has won a number of international awards, and continues to be active in promoting journalistic excellence as well as press freedom. Lister lives in Namibia.

Comrade Editor: On life, journalism and the birth of Namibia is published by NB Publishers