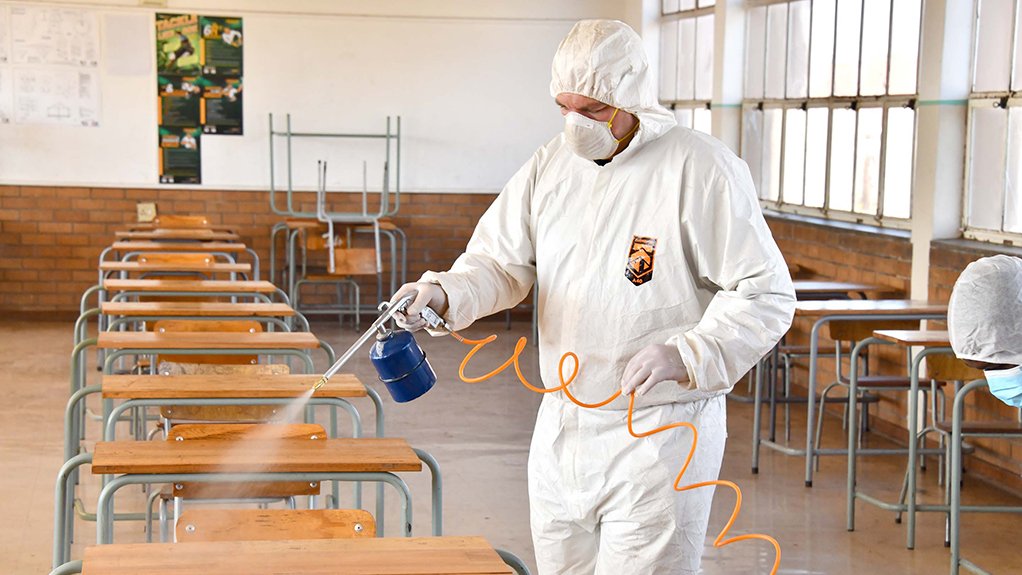 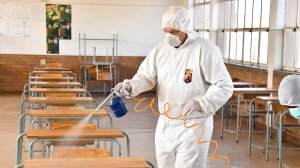 Independent schools never completely closed but worked online when the national lockdown, aimed at curbing the spread of Covid-19, started in March, the Independent Schools Association of Southern Africa (Isasa) said on Monday.

Isasa executive director Lebogang Montjane said therefore threats by the Congress of South African Students (Cosas) to shut down the institutions were "regrettable".

Cosas threatened to shut down all private schools from Monday, after they were allowed to remain open when President Cyril Ramaphosa announced last week that public schools would close for four weeks.

While most grades are set to return to classrooms on 24 August, Grade 12 pupils were expected to resume learning at schools next Monday. Grade 7 pupils would return on 10 August.

Cosas had already forcibly shut down a number of public schools in Gauteng and Limpopo before Ramaphosa's announcement, which cited safety and health concerns.

The organisation's leaders believe pupils attending public schools would be negatively impacted during the recess period while those in private schools continue learning.

However, Montjane told News24 that even if Cosas were to stage demonstrations outside private schools, it was unlikely they would find anyone at the premises because many teachers and staff were working remotely anyway.

"It is regrettable that Cosas is targeting independent schools. Independent schools have [never] actually closed. When the president shut down [during Level 5 lockdown], all our members went to remote learning, that is important to note.

"Independent schools have been doing remote learning and will continue doing so because now the reality is that the hybrid system will be here with us for the foreseeable future primarily because of the spread of the virus," said Montjane.

"I don't understand why so-called independent schools should close. Independent schools have, in effect, never closed. They closed when their holidays began and anyway, we have not lost any school days," said Montjane.

He added that it was important for those complaining about private schools to note that they operated differently from government schools and have different calendars.

While public schools have four terms, independent institutions had three and although they complied with the number of school days, their calendar was different.

"It is also important to note that the president did not close schools for four weeks, the president closed schools for many [other] grades but the Grade 12s are going back to school next Wednesday and the following [week] Grade 7 and I don't understand why Cosas focuses on private schools," he said.

Montjane said instead of calling for private schools to shut, Cosas should rather focus its energy on calling for pupils to receive online learning; that schools were safe with running water and had facilities that worked.

"Here is the other reality, most independent schools are running a hybrid system (online), so going to a school to try shut it down is not closing the school because many teachers are working from home and students are at home, but at school."

"School is where students are if there is connectivity. Cosas should focus on ensuring there is access to schooling even if [pupils] are at home," he said.

He vowed that no school would operate until public schools also opened.

Ndlela said the organisation had, for the longest time, been calling for private institutions of basic learning to be nationalised.

He said, "We are in a state of national disaster. A nation which includes private and public sector. Secondly, coronavirus does not choose whether you are in a public or private school."

"The mere fact that government decided schools, both private and public schools, [should close] when they issued a state of national disaster. What is the excuse now? Why is government now only closing down public schools?" asked Ndlela.

He said Cosas believed the country's education system should seek to create fair, equitable opportunity for every child, whether they attend private or public schools.

Reacting to Isasa's argument that their institutions never completely shut down but were operating online, Ndlela said that was a "fallacy".

"Then why are they resistant to closing and going to online learning, what is stopping them now? It shows they are playing hide and seek," said Ndlela.

Rights must be respected

Isasa was part of broad consultations with Basic Education Minister Angie Motshekga last week, before a decision was made by the National Coronavirus Command Council (NCCC), and effectively Cabinet, to close public schools.

Motshekga also consulted MECs, heads of department, union representatives, school governing body associations and experts. Cabinet then made a decision on the closure.

Montjane said their argument during the engagements were merely based on the fact that independent schools had a different calendar and therefore would not be able to close with other schools.

Mhlanga said independent schools had argued that its programme ran differently which is why they were not included in the current closure.

He said the law would have to take its course where "illegal activities happen".

"The rights of those who want to go to school must be respected. Private schools have made a case that some have since closed down, teachers retrenched and learners displaced due to the closure.

"Their survival depends on them remaining open. Secondly, they use a trimester system and public schools have four terms, so their programme runs differently," Mhlanga said.