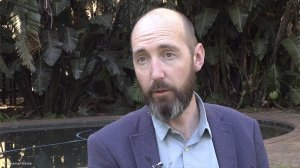 Once the owner of a diamond mine, a wine farm and the most expensive house in Cape Town.

Former chairman of South Africa’s largest retailer, director of the Reserve Bank and the richest man in the country.

As a young man, Christo Wiese cut his teeth at Pep Stores. Over the years he built a mighty business empire, which included Shoprite and a number of other enterprises. His recipe for success: an endless love for cutting deals, a fearless appetite for risk and a keen eye for a bargain.

This man of great charm has never been afraid of sailing close to the wind. Over the course of 50 years these calculated risks paid off, making him one of the most successful businessmen of his generation – until he encountered the furniture group Steinhoff, and things went awry.

Business journalist and writer TJ Strydom tells the story of one of South Africa’s best-known business giants in a fresh, engaging way.

‘A fabulous, sweeping adventure read – almost a thriller – that chronicles the rags to riches rise of yet another giant of Afrikaner capitalism.’ – Peter Bruce

TJ Strydom is an author and business journalist who has worked for The Times, Reuters news agency and Beeld newspaper. He also writes fiction under the nom de plume Wortel Strydom. Christo Wiese: Risk and Riches is his first biography.

Christo Wiese: Risk and Riches is published by NB Publishers