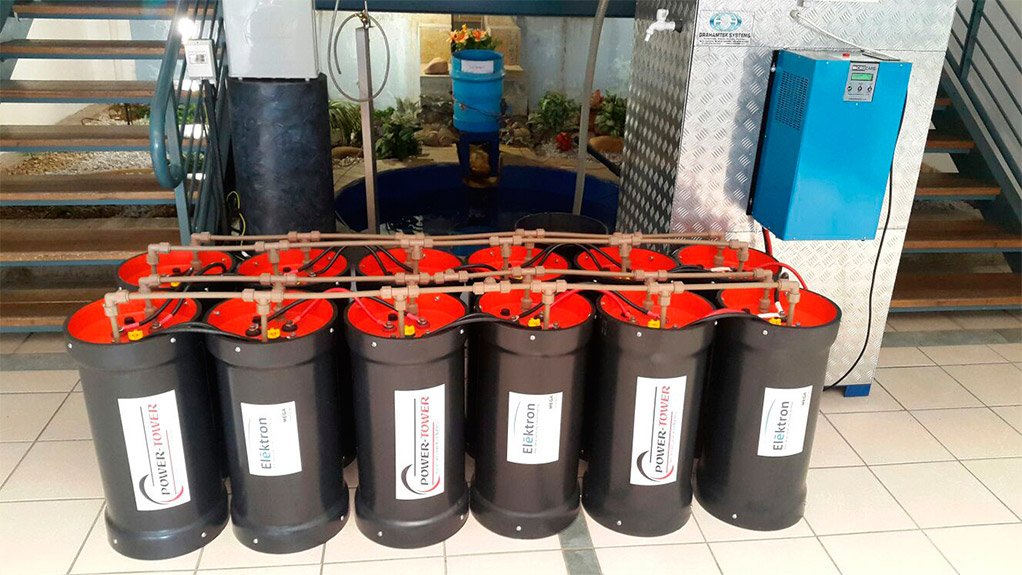 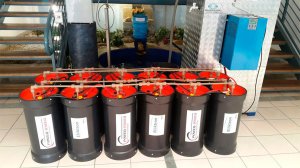 A South African energy storage start-up has developed a containerised battery back-up solution that it plans to install free-of-charge at enterprises seeking to reduce their electricity consumption during high-tariff peak demand periods, while sharing in the savings that are expected to arise.

The ‘peak shaving’ or ‘peak shifting’ solution developed by Mega Amps, of Cape Town, has been made possible by a home-grown lead-acid battery innovation, which the company says significantly improves battery life and performance to the point where the cost of operation is superior to other storage solutions currently on the market.

Mega Amps director Neill Human tells Engineering News that the battery design has emerged following seven years of intensive research and development, funded by “angel investors”, who do not currently want to be identified.

The patented design does not tinker with the well-defined chemistry associated with lead-acid batteries. Instead, the innovators have altered the design to improve thermal management and allow for simultaneous charging and discharging.

The outcome is a battery that incorporates aluminium in the electrode, lowering the material density and improving thermal conductivity.

In addition, the hollow aluminium extrusion allows for the introduction of a fluid coolant to lower the temperature of the battery; a thermal-management component that reportedly has improved operating efficiency and effectively doubles battery life.

This life-extension has significantly lowered the levelised cost of electricity storage associated with the MegaAmps battery, with Human asserting that its kilowatt-hour costs are significantly lower than what is currently achievable with lithium-ion alternatives.

He tells Engineering News that all the inputs required for production are also readily available, which has enabled the company to establish a facility in Cape Town to assemble components sourced from various domestic manufacturers.

Once the batteries are assembled, they are installed into a three-metre by three-metre container, which also incorporates a charger, inverter and an intelligent monitoring system.

Mega Amps is weighing various commercial applications, but its initial offering will focus on the peak-shaving market, with a commercial installation planned for a “blue chip” Cape retailer in early 2016. The solution will be rolled-out by Mega Amps’ operating subsidiary Elektron.

“We can install the containerised solution at zero cost to the client, while creating an annuity income for ourselves, but sharing in the peak savings generated,” Human explains.

Besides the retail environment, Mega Amps believes there is potential to deploy the solution across a range of light industries in South Africa and abroad.

“In a number of instances, 40% to 50% of a businesses electricity costs arise not from the units consumed, but from the demand, or penalty charge for consuming electricity over peak-demand periods,” Human explains.

As electricity prices rise, Mega Amps is optimistic that many more companies will see value in the solution, which he also hopes will eventually become a significant new South African export.