Border crisis between Rwanda and Uganda continues as relations sour

Border crisis between Rwanda and Uganda continues as relations sour 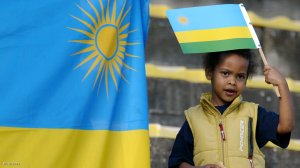 The border crisis between Rwanda and Uganda is continuing as the closure of the border between the two countries entered its seventh day on Tuesday.

Relations between the neighbours have been strained for some time with both Kigali and Kampala accusing each other of harbouring and supporting each others' dissidents. In 2000, the two countries fought a deadly war in the Democratic Republic of Congo’s (DRC) Kisangani, resulting in over 1 000 casualties, Africa News reported.

Last Friday, Rwandan State minister for foreign affairs, Oliver Nduhungirehe, accused Uganda of detaining Rwandan nationals incommunicado. Ugandan government spokesperson, Ofwono Opondo, responded by saying his government would review the allegations of arbitrary detentions which Kigali has cited as one of the reasons for stopping its nationals from travelling to Uganda.

And despite Rwanda saying last week that its borders with Uganda remained open, Kigali began deploying its army along the border with Uganda on Monday as diplomatic tensions between the two countries continued to spiral.

Police in Kampala told a press briefing on Monday that they were closely monitoring the security situation at the border. The matter was also discussed during a cabinet meeting in Kampala the same day.

Ugandan authorities asserted that there was no need for the recent developments, adding that pleas with Kigali to resolve the crisis had gone unheeded.

The actions have re-ignited debate on the state of the relations between the two countries, which have been on the decline since 2017, with Rwanda President Paul Kagame pointing the finger at South Africa where he said anti-government forces have been operating.

Relations between Pretoria and Kigali have also been tense for years following the assassination, and attempted assassination, of leading Rwandan political dissidents - who were former allies of President Paul Kagame when the Rwandan Patriotic Front (RPF) fought to gain control of the East African country after the 1994 Hutu genocide of up to a million Tutsis and moderate Hutus – in South Africa.

In late January, a Randburg magistrate in Johannesburg gave the chief investigating officer responsible for investigating the murder of former Rwandan intelligence officer, Patrick Karegeya, weeks to provide updates on steps taken by the South African authorities to arrest the Rwandan suspects whose identities and whereabouts are known.

Karegeya was murdered by means of strangulation in the room of an upscale Sandton hotel on December 31, 2013, allegedly by agents of the Rwandan government working for Kagame. He had fled Rwanda in the wake of a political fallout with the president.

South African authorities have been accused of covering up the murder of the former intelligence officer to protect relations with Rwanda. But the inquest into Karageya’s death has further soured diplomatic ties.