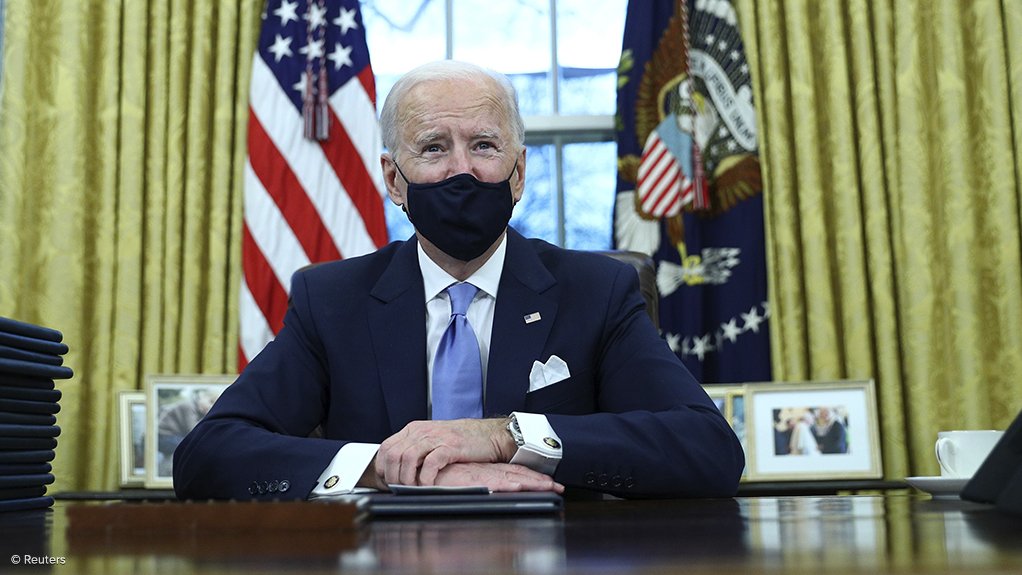 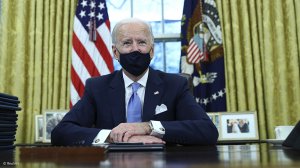 United States President Joe Biden has signed a string of executive orders, memorandums and directives that will reverse some of his predecessor Donald Trump’s most divisive policies, including rescinding the so-called “Muslim ban” and rejoining the Paris climate accord.

Just hours after his inauguration at the US Capitol on Wednesday, Biden signed 15 executive actions that his team earlier said aimed to “reverse the gravest damages of the Trump administration”.

Biden told reporters in the Oval Office that there was “no time to waste”.

“Some of the executive actions I’m going to be signing today are going to help change the course of the Covid crisis, we’re going to combat climate change in a way that we haven’t done so far and advance racial equity and support other underserved communities,” he said, as reported by Reuters news agency.

Political observers say Biden’s first major challenge as he enters the White House will be tackling the surging Covid-19 pandemic, which has killed more than 400 000 people across the country to date.

To that effect, Biden signed an order on Wednesday afternoon to institute a 100-day mask mandate across the US and appoint a Covid-19 coordinator to manage a national response to the pandemic.

Here is a look at some of Biden’s first executive actions as president:

Biden rescinded the so-called “Muslim ban”, an executive order Trump signed in 2017 that banned travellers from seven Muslim-majority nations from entering the US.

The ban was changed several times amid legal challenges and ultimately upheld by the US Supreme Court in 2018.

“The president put an end to the Muslim ban – a policy rooted in religious animus and xenophobia,” Biden’s White House Press Secretary Jen Psaki said during a Wednesday evening briefing.

The Council on American-Islamic Relations welcomed the decision as “an important first step toward undoing the anti-Muslim and anti-immigrant policies of the previous administration”.

“It is an important fulfilment of a campaign pledge to the Muslim community and its allies,” the group’s executive director, Nihad Awad, said in a statement.

The US will once again become a party to the Paris Agreement, Biden also announced.

The move to rejoin the international treaty on climate change is expected to take effect 30 days after it is deposited with the UN, Biden’s team said earlier on Wednesday.

In November, the US became the first country in the world to withdraw from the treaty – a move that fuelled tensions between Washington and its allies in Europe and drew widespread rebuke from environmental and human rights groups.

Biden launched his “100 Days Masking Challenge”, ordering a mandatory mask mandate in all US federal buildings for the first 100 days of his administration to try to prevent the spread of Covid-19.

The order asks Americans to do their “patriotic duty and mask up for 100 days”, and it also creates the position of Covid-19 response coordinator, who will report directly to the president and help coordinate a unified national response to the surging pandemic.

“This will strengthen our own efforts to get the pandemic under control by improving global health,” Psaki said during the briefing, adding that Dr. Anthony Fauci, one of the top US infectious disease experts, would participate in a WHO meeting this week “as the US head of delegation”.

“The president’s order comes at a critical point, when vaccines, as well as a plan to accelerate their rollout, offer new hope, but also when more easily transmitted variants of the virus present new challenges,” the group said. Re-engaging with WHO

Biden is halting Trump’s planned withdrawal from the World Health Organization (WHO).

The Trump administration in July of last year notified Congress and the United Nations that the US was formally withdrawing from the WHO. The decision would have gone into effect in July.

Trump justified the decision by saying the WHO “failed to make the requested and greatly needed reforms” and accusing the group of helping China cover up the origins of the novel coronavirus.

The Biden-Harris administration is expected to participate in a WHO executive board meeting that is continuing this week, Biden’s team said earlier on Wednesday.

He also urged Biden to support the WHO’s COVAX programme, which aims to ensure Covid-19 vaccines are evenly distributed between countries.

“It is of the utmost importance that the Biden administration lead multilateral efforts to fight the pandemic and to support and fund global vaccine efforts,” Goodfellow said. Halting border wall construction

Biden also rescinded the national emergency declaration that was used to justify some of Trump’s funding diversions to build the wall on the US-Mexico border.

The order, Biden’s team said earlier on Wednesday, will direct “an immediate pause” in construction to allow for a review of the funding and contracting methods used.

Building a “big” and “beautiful” wall between the US and Mexico to block undocumented immigrants from entering the country was one of Trump’s key 2016 election campaign promises.

Biden also revoked the presidential permit granted to the multibillion-dollar Keystone XL pipeline, a contentious energy project that was slated to ship 830 000 barrels of oil per day between the Canadian province of Alberta and the US state of Nebraska.

The Keystone XL pipeline was cancelled by the Obama administration in 2015 but was given a presidential permit by Trump in 2017 Canada, which this week said it remained committed to the project, expressed its “disappointment” at the decision on Wednesday.

But Matthew Campbell, staff attorney at the Native American Rights Fund, which has represented Indigenous nations in legal challenges against Keystone XL, told Al Jazeera Biden’s decision is “vindication” for Native communities opposed to the pipeline.

In 2012, while serving as vice president to President Barack Obama, the US adopted Deferred Action for Childhood Arrivals (DACA) to provide temporary relief from deportation to “Dreamers”, young people who were brought to the US as children.

The Trump administration has tried to terminate the programme, through which 700 000 young people have applied for relief.

In a presidential memorandum signed on Wednesday, Biden directed the Secretary of Homeland Security, in consultation with the US Attorney General, to make sure that DACA is preserved and fortified.

The memorandum also calls on Congress to enact legislation that would provide “permanent status and a pathway to citizenship” to the Dreamers.