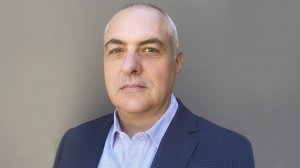 JOHANNESBURG (miningweekly.com) – South Africa, which has the wherewithal to provide the value-add consolidation advantage to battery materials that the world’s electric vehicle original equipment manufacturers (OEMs) want, is being seriously considered for the role, NextSource president and CEO Craig Scherba said on Monday.

Chaired by Davis, NextSource is a Vision Blue Resources portfolio company that is in the late stages of mine development.

Speaking to Mining Weekly in a Zoom call, Scherba said: “We think there’s a very strong possibility to not only value-add on graphite but really to start looking at consolidation of very important battery materials.”

This follows “interesting conversations that we’ve had with various governmental organisations in South Africa”, where he had found “a lot of support for value-add battery materials consolidation”.

NextSource is a battery materials development company based and listed in Toronto, Canada, that is intent on becoming a fully integrated, global supplier of critical battery and technology materials needed to power the sustainable energy revolution.

The processing plant is designed to process 240 000 t of ore a year and produce about 17 000 t of flake graphite concentrate a year.

Mining Weekly: What could be done in South Africa?

Scherba: We mine the graphite in Madagascar. It gets crushed and it’s a flotation process. It’s a hydrophobic mineral. It doesn’t like water so basically it floats. We skim out graphite, dry it, put it in a bag and sell it. In that way, you can go directly into the refractory industry. However, if you want to go into the battery anode industry, you have to value-add portions to it, and the value-add is basically spheronization. You get the flake graphite and you spheronize it to between 5 microns and 25 microns in size and we purify it up to a battery grade purity, which is 99.5% carbon purity. After that, you coat that graphite with a synthetic graphite and that’s usually where the battery manufactures themselves come in because it’s a very technical process. What we would be looking to do in South Africa is do the spheronization and the purification of that graphite. The group that we’re working with now, which is doing the Chinese processing for Tesla, has just started doing the coating process so we have access to that intellectual property, which is an absolute game-changer for us because after you’ve got all those steps in place, that’s your complete anode material and then you mix it with a bit of synthetic graphite and paint that on to a very thin copper foil sheet. You do the same thing to the cathode material and you get that cathode paste and you print it out to a very thin aluminium sheet and you roll that up together into a jelly-like roll and that’s essentially your lithium-ion battery. In South Africa, you have all of the raw materials going through South Africa, either produced there, or from other countries, exiting South Africa. What we would look to do is consolidate the anode portion and hopefully get the other materials as well, so you could physically start building batteries in South Africa.

Last week, NextSource announced an offtake agreement with thyssenkrupp of Germany for a long-term commercial agreement for the sale of 35 000 t/y of SuperFlake® graphite concentrate from the Madagascar mine.

In April, NextSource announced that it had finalised a binding agreement to construct and operate a value-added, battery anode facility to produce spheronized and purified graphite required in lithium-ion batteries for electric vehicle and hybrid vehicle applications.

At that stage, it was announced that South Africa, Europe and North America were being considered for the location of the facility, which will provide graphite-based anode material to international OEMs for lithium-ion and fuel cell applications.

“South Africa obviously has very close proximity to our Molo mine in Madagascar. It is certainly a very good spot. It has a very highly trained workforce. The other thing that’s very important is that South Africa has a very large automotive industry,” Scherba told Mining Weekly.

“We see a real opportunity coming into South Africa,” he said. This would not only be to spheronize and purify the graphite, but also to provide sought-after middle-tier value-add portions,” he said.

This is because OEMs are looking to not just get to the mining source to ensure that they have assurance of supply but also to have all of the value-add steps in between to mitigate risk as they advance out of internal combustion engine vehicle production to battery electric vehicle production.

In South Africa, they see that opportunity because most of the required materials are from Southern Africa.

Cobalt comes through South Africa and the copper and aluminium for battery foil are available in South Africa as well, as is nickel sulphate and manganese sulphate.

“There are a number of different companies that are bringing together the pieces and once everyone has brought all those pieces together, there will be a much larger play here, and that’s really where there is a huge opportunity,” Scherba said of the South African situation.

The refractory market demands roughly 500 000 t of the 750 000 t a year graphite market, with the highest premium product going into the graphite foil in cellphones.

But the exciting current position of the graphite market is its cornerstone position in the battery materials market.

Graphite forms 100% of the anode portion of the negative side of the battery, whereas the cathode uses a mixture of nickel, manganese, cobalt and lithium.