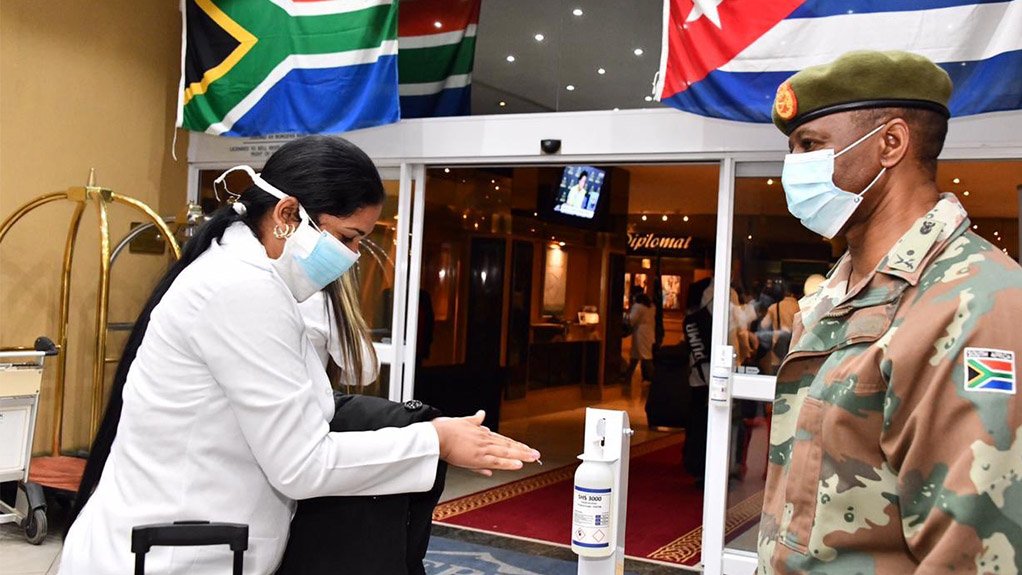 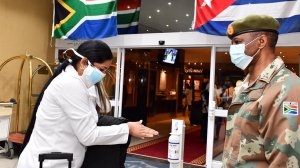 Health Minister Dr Zweli Mkhize on Friday said that the arrival of the Cuban medical brigade in the country to assist in the battle against the novel coronavirus (Covid-19) pandemic had marked another seminal moment between South Africa and Cuba.

Mkhize was giving an update on the Cuban brigade of 200 doctors who arrived in the country, in April.

He said it has been nothing short of a pleasure to have received regular reports of the Cuban brigade’s integration into the country’s system.

“Whilst we understand that there may be issues of culture and language barriers, we have learnt over the years of fruitful partnerships with Cuban medical expertise, that patience is a virtue and that the investment is part of a long-term strategy toward the ideals of our Freedom Charter, our Constitution and our Health Compact,” said Mkhize.

One of the most famous and successful programmes is the the Nelson Mandela/ Fidel Castro Programme, better known as the Cuba Doctor Training Programme.

Mkhize said through this programme government has invested over R600-million in training over 2 900 doctors between 2012 and 2019.

This year over 650 graduates from this programme will be absorbed into the South African health care system.

Giving an update on their progress since the Cuban team’s arrival, Mkhize said the Eastern Cape was allocated 12 medical officers: 4 biomedical engineers, 2 epidemiologists, and 2 biostatisticians.

“Their data analytics and information management has been key in assessing the impact of intervention strategies. The biomedical engineers have been critical in the design, installation, adjusting, repairing and provision of technical support for biomedical equipment,” explained Mkhize.

In Gauteng, members of the Cuban medical brigade are distributed throughout all five districts and some have been working with the central office.

They are mainly working in quarantine and isolation sites, ward-based contract tracing, epidemiological surveillance and in hospitals where there has been noticeable nosocomial spread.

Mkhize explained that in the Northern Cape the Cubans are performing outreach services in critical areas as clinical leaders to the management teams and are assisting in the screening, testing and quarantining of patients.

In Limpopo, eight medical officers have been deployed into various facilities in five districts to boost case management.

Three clinical engineering technologists, one hygienist and one biostatistician are stationed in the Capricorn district.

Mkhize explained that the deployments were based on areas where it was identified there was a shortage of human resources.

“Their presence has reduced workload and pressure on staff members, provided much needed relief, improved processing of data and contributed to improved data reporting that feeds into the daily situational report on Covid-19 in the province. The heath technologists have greatly assisted with the assessment of non-functional equipment,” he highlighted.

Mkhize said the 28-strong team that was deployed to the Western Cape consisted of health professionals with experience in planning, execution and management of the public health.

He said they were fully integrated into the clinical teams working alongside South African health professionals to strengthen the province’s response to Covid-19.

In the Free State, where 17 members of the brigade were deployed, their allocation addressed issues of staff shortages and this also led to an improvement in data collation.

“Whilst this is not an exhaustive account of the activities of the members of the brigade, the reports reassure us that we have invested well in this initiative with trusted allies during a critical phase of the national Covid-19 pandemic,” added Mkhize.

He thanked President Cyril Ramaphosa for leading and driving the partnership between South Africa and Cuba.

“We have no doubt that this investment will leave a lasting legacy in our growing democracy and will help to pave the way towards the ideals that we share of delivering quality health care to all people, regardless of race, colour or creed,” Mkhize concluded.