Andrew Mlangeni would not be cowed nor silenced - President Cyril Ramaphosa

Andrew Mlangeni would not be cowed nor silenced - President Cyril Ramaphosa 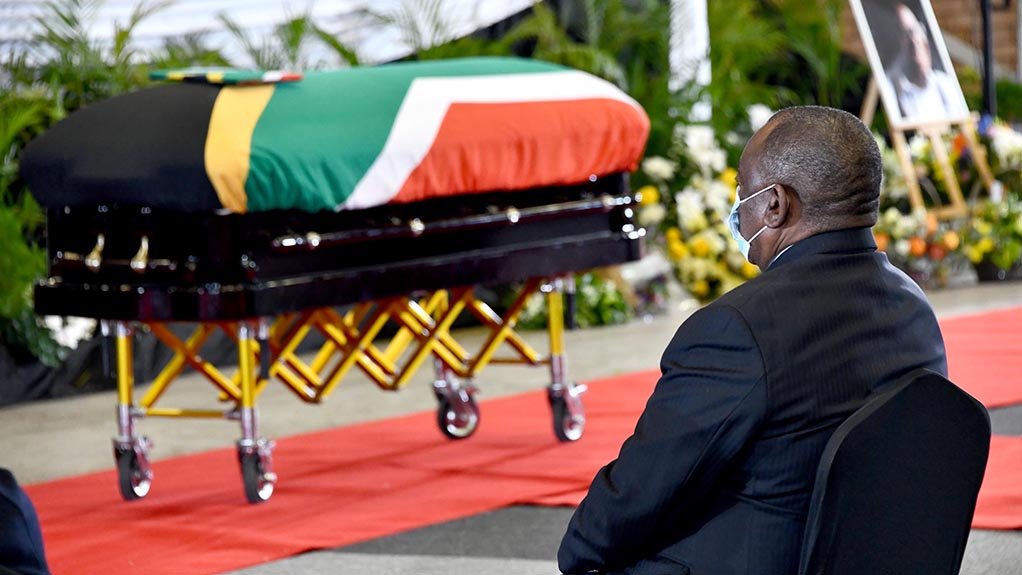 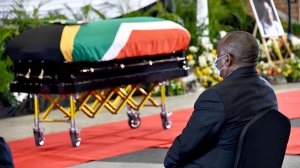 President Cyril Ramaphosa said late struggle stalwart Andrew Mlangeni understood his responsibility to challenge the abuse of power and the plundering of resources.

"He understood his responsibility to remind us of the solemn commitment we have made to future generations and would not hesitate to tell us when we fell short or when we faltered," he said.

In eulogising Mlangeni at his funeral on Wednesday in Soweto, Ramaphosa said Mlangeni could not be cowed or silenced when it came to his stance against corruption.

Mlangeni had a state funeral.

"Andrew Mlangeni was never afraid to confront the vices that can too easily engulf a nation emerging from a broken past. Just as he dedicated his life to ending the corruption of the human soul that apartheid typified, so too would he speak out against the avarice that threatened to erode our hard-won democracy," Ramaphosa said.

He said Mlangeni would be remembered as a person of humility, humanity and dignity.

"While history will place Andrew Mlangeni in the pantheon of the great leaders of our nation, he will be remembered by his people as a person of humility, humanity and dignity. He will be remembered for his kindness, his boundless optimism and for his mischievous humour".

Ramaphosa said he witnessed Mlangeni's humility "at close range" when he was the secretary-general of the ANC in the early 90s.

He paid tribute to Mlangeni, who was one of the first recruits of Umkhonto we Sizwe and the last surviving Rivonia Trialist.

"He was a product of the golden age of our struggle, when sacrifice and commitment to freedom was the only consideration that motivated leaders to be involved in the struggle. He belonged to an era when leaders were even prepared to die for the struggle for freedom," Ramaphosa said at the funeral.

He added that the country bid farewell to Mlangeni "at a time of great peril for our country and our world".

The novel coronavirus was sweeping the globe, causing widespread disruption and destruction, he said.

"Covid-19 has cost many lives and before it runs its course, it will take many more. It has cast into sharp focus the deep divisions within our societies, exposing the many ways in which inequality and injustice manifest themselves."

Professor Raymond Suttner unpacks his column 'How do we emerge from the current crisis?' Click here to read the full column. →