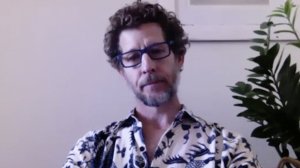 He focuses on ordinary people, showing what life was actually like under an authoritarian regime – from the six hours a day that black workers in KwaNdebele spent on buses to the rebel sporting tours that provided a distraction for white South Africans.

Some stories foreshadow the miracle of 1990 – for instance, the deputy commander of Pollsmoor Prison takes Nelson Mandela on a scenic drive around Cape Town, years before his eventual release. Other stories shine a light on our current conflicts.

Written in crisp prose, 1986 is a model of historical excavation, deftly evoking the spirit of the times.

William Dicey is author of the critically acclaimed Borderline (2004). He has worked as a mathematics lecturer, a book designer and a farmer. He divides his time between Ceres and Cape Town.

South Africa recorded 1 447 new Covid-19 infections by Wednesday along with 95 new Covid-19-related deaths, taking the confirmed death toll to 50 366. According to a statement by Health Minister Zweli Mkhize, as of Wednesday, the country recorded a total of 1 516 262 confirmed Covid-19 cases. →