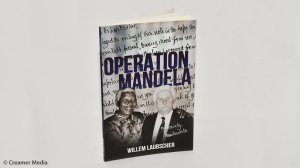 The African National Congress National Executive Committee has revealed that it was presented with detailed reports on the country’s State-owned Enterprises during its meeting last week and its Lekgotla this week, with the NEC deliberating on how to ensure that SOEs deliver their respective mandates. ANC secretary general Ace Magashule said in a statement that the circumstances of power utility Eskom and national airline South African Airways were discussed in particular. Both SOEs are facing a myriad of problems, with SAA recently cancelling local and international flights in a desperate bid to save cash. →